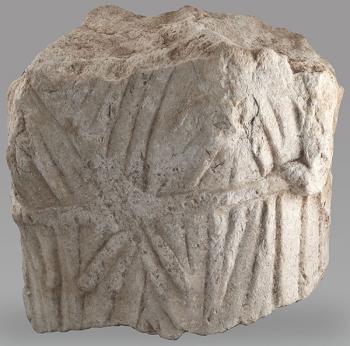 The nature and extent of the urban development of Roman Gerasa (modern Jerash) has for decades been a topic of discussion among scholars studying settlement patterns as well as public and private life in the Roman empire. Research has, however, mostly focused on the development of the city along its main street. The aim of a new archaeological project, which was initiated in 2011, is to investigate the settlement history of the Northwest Quarter of Jerash through all periods. Following an architectural and geophysical survey, two excavation campaigns have been undertaken. The Northwest Quarter, the highest area within the walled city of Gerasa, is located west of the Artemision. The investigation has so far revealed that the urban situation in the Roman period in this area of Gerasa differs from what has previously been assumed. This prominently located area seems to have been sparsely occupied during Roman times; only traces of quarries and water installations can be dated to this period. Settlement in this area of the city was at its peak during Byzantine and Islamic times. The results of this project therefore change our understanding of the overall settlement history of Roman Gerasa.

By Achim Lichtenberger and Rubina Raja