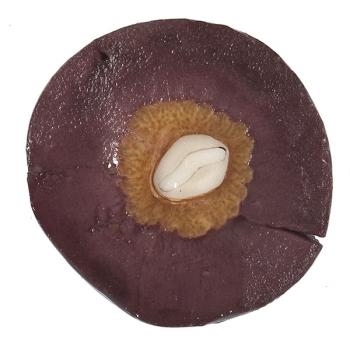 The recovery of large quantities of fragmented carbonized olive stones from archaeological sites around the Mediterranean indicates that olive oil pressing waste (pomace) was used as a domestic and industrial fuel source throughout antiquity. Olive pomace burns at a high and constant temperature, making it an ideal fuel for heating and cooking as well as firing pottery and lime kilns. The Roman period is characterized by an expansion in pomace use both quantitatively and geographically. Beginning in the first century C.E., pomace fuel was introduced into new urban markets and began to play a larger role in industrial production. This article highlights the history of pomace use in antiquity, focusing primarily on the changes that took place during the Roman period. The article also seeks to establish a set of identification criteria that will enable archaeologists to distinguish pomace residue from other sources of carbonized olive stones, including ritual and table waste.