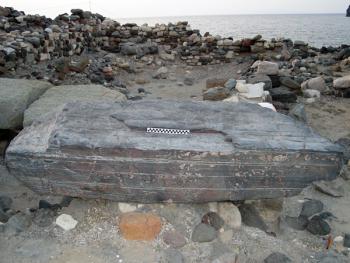 Early Mycenaean (Late Helladic [LH] II–IIIA1) Greece witnessed major changes in the built environment, including new types of mortuary architecture and the appearance of corridor buildings (a megaron-type structure with an interior corridor and subsidiary rooms). These architectural developments have been interpreted as material reflections of an established sociopolitical hierarchy and the emergence of palatial elites, while the corridor buildings have been identified as seats of palatial administrators or the king. This article shifts the focus from the traditional dichotomous scheme of “palatial” and “nonpalatial” Mycenaean architecture to the ways in which the new built environment, and the corridor buildings in particular, shaped social interaction, influenced particular behaviors, and ultimately transformed sociopolitical structures. It is argued that rather than symbolizing elite power, the Early Mycenaean corridor buildings played an active role in structuring social relations by providing a locale not only for the display and negotiation of individual and group identities during inclusive ritualized activities but also for the creation of social cohesion and commonality. By creating patterns of encounter and contexts for interaction between distinct groups and the community at large, the LH II–IIIA1 corridor buildings created profoundly different experiences and practices from those of the earlier periods, experiences that shaped sociopolitical developments and generated social change.

By Panagiota A. Pantou