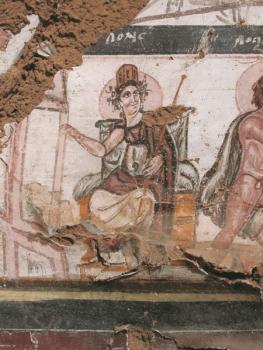 Archaeological research has addressed imperial frontiers for more than a century. Romanists, in particular, have engaged in exploring frontiers from economic, militaristic, political, and (more recently) social vantages. This article suggests that we also consider the dialogue between space and social perception to understand imperial borderland developments. In addition to formulating new theoretical approaches to frontiers, this contribution represents the first comprehensive overview of both the documentary sources and the archaeological material found in Egypt’s Great Oasis during the Roman period (ca. 30 B.C.E. to the sixth century C.E.). A holistic analysis of these sources reveals that Egypt's Great Oasis, which consisted of two separate but linked oases, served as a conceptual, physical, and human buffer zone for the Roman empire. This buffer zone protected the “ordered” Nile Valley inhabitants from the “chaotic” desert nomads, who lived just beyond the oases. This conclusion suggests that nomads required specific imperial frontier policies and that these policies may have been ideological as well as economic and militaristic.