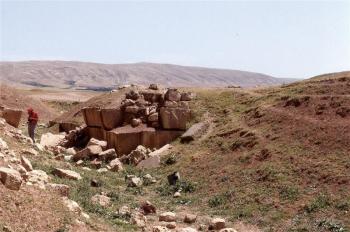 Scale and symmetry in monumental architecture are embraced by archaeologists as the primary vocabulary in past statements of power. In ancient Mesopotamia in particular, the excessive size of public buildings implied the control of both space and people. The predictable, often symmetrical plans regulated and reflected control over users’ behavior. However, interpretations based on plans alone remain simplistic; analyses from ground level can better encompass the lived experience of a building’s occupants or users. Close ground-level phenomenological analysis of movement through the Neo-Assyrian capital city of Khorsabad (constructed and inhabited 717–706 B.C.E.), particularly its citadel, indicates that manipulation of fields of view, interplay of light and shadow, and variations in sound were equally important means of conveying ideological messages.