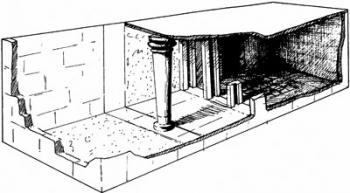 Neopalatial Crete possessed a high degree of homogeneity in its material culture, leading many to interpret political and social unification under the capital of Knossos. Recent studies on the regionalism of particular types of data have questioned this appraisal. This article builds upon such work with an interdisciplinary approach to north-central Crete, which includes the palatial sites of Knossos, Malia, and Galatas, other large and small settlements, ports, and ritual sites. The spatial distribution patterns of a wide range of data are analyzed, with specific reference to the formalized practices and conspicuous consumption resulting from elite social strategies. It is argued that early state-level societies, such as Minoan Crete, were not necessarily formed of well-demarcated territorial “states” possessing a single central place analogous with modern nation-states. Instead, the different types and scales of centralization are explored, with the separation of the ideological, political, and economic spheres. It is concluded that the intense ideological centralization around Knossos is coupled with a high degree of sociopolitical competition among the surrounding elites, leading to a wide spatial distribution of elite features. In contrast, Malia sits in a void of other large and elaborate settlements and ritual sites, but this centralization (if not monopolization) indicates the presence of far weaker power relations on the regional scale.