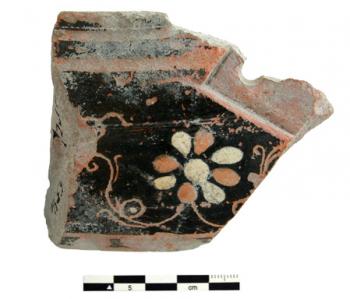 Ancient pottery repair has become a topic of growing interest to scholars of Greek and Roman pottery. This particular area of study is part of a larger one devoted to the diverse types of pottery reuse in classical antiquity. Quantification of ancient repairs remains a fundamental problem, however, and periods of intensified use of repaired pottery have been difficult to identify. In this article, we offer an overview of the practice of mending broken pottery in the Milesian apoikia of Olbia Pontica in the northern Black Sea area. Considering in particular the repairs on tableware from the habitation quarter of the Lower City in Olbia (sector NGS, which has recently been extensively published), this article presents a diachronic analysis of repair practices in Olbia during the period from the sixth to the first century B.C.E. A comparison of the number of pottery repairs in Greek settlements in the Black Sea region with the number in Greek poleis of the Mediterranean clearly demonstrates that pottery was more extensively repaired in the Black Sea area than in the Mediterranean. Moreover, the fluctuations in the number of repairs in Olbia suggest that the practice of mending pottery can be related to periods of crisis, especially in the Late Hellenistic period, when the city was under pressure and underwent dramatic changes.