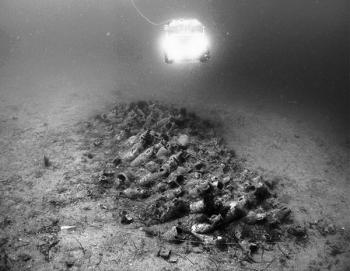 Data gathered along the previously unexplored coasts of Albania and Montenegro address a wide range of archaeological research topics including colonization, overseas exchange routes, trade connections, and artifact distributions. These systematic littoral surveys are the first such fieldwork on these sections of the ancient Illyrian coast. This article focuses on the finds from the Roman and Late Roman eras and uses the evidence to argue that the Illyrian coast was a developing economy prior to Roman administration and that the coastal areas witnessed rapid economic development with the advent of Roman interaction. There is also evidence that the nature of overseas trade shifted over time on a regional basis and was related to changes in the political macrostructure. The ongoing goal of the Illyrian Coastal Exploration Program is to systematically document, record, and study all submerged cultural material in the littoral zone and provide a data set for the archives of each respective government.