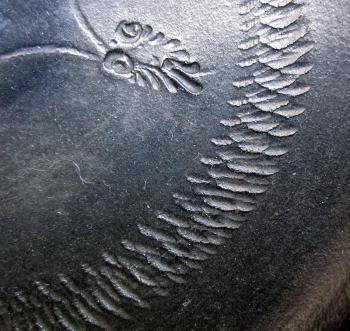 Although the various techniques used in ceramic production are obvious to those who work with clay professionally, they are not always recognized by archaeologists. A surface decoration commonly found on Greek and Roman fine wares, including Attic and Campanian Black Gloss, Thin-Walled Ware, Eastern Sigillata, Italian Sigillata, African Red Slip Ware, and Vesuvian Sigillata, is usually called rouletting, but I argue that in most cases the pattern is achieved by another technique known as chattering. Although some archaeologists are aware of the difference between the two procedures, there is ongoing confusion in the identification and use of these terms. This note discusses both decorative methods in an attempt to identify the diagnostic features that may help archaeologists differentiate between the two.